I just added an Excel file of the 1850 Slave Census to the Gwinnett Census page of this website. I know I should create and share using CSV format, but for some reason WordPress won’t let me upload it in that format. The file was done as a class project by the students in my Fall 2016 “Early National US History class.” I wove their pieces together and corrected anything I thought needed correcting. I would like for this to be the start of a crowdsourcing attempt to create a usable file of slaves/slaveholders in the Southern upcountry. We will see if time allows that ambition. 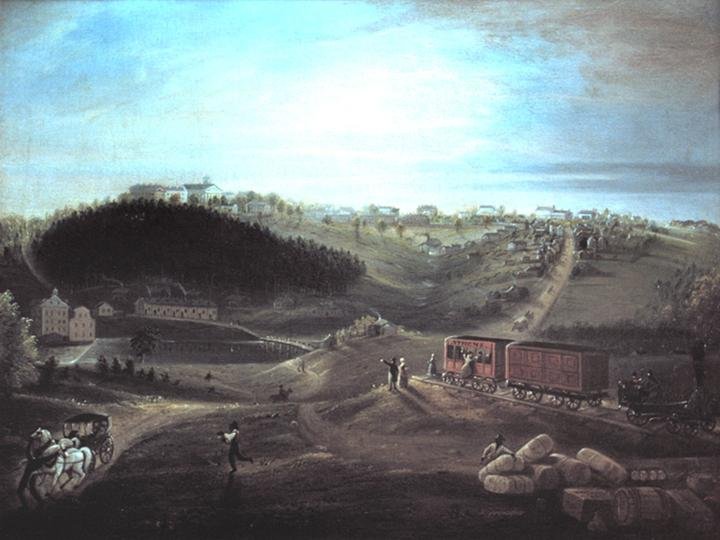 Although I’m a Nineteenth Century specialist, I also use Twentieth Century newspapers for teaching and research purposes. I’ve been asked about how to go about researching Post-WW2 civil rights history using historical newspapers. I can only discuss what I’ve used, which is the ProQuest historical newspapers database. There may be other good searches for articles in this time frame, and I invite suggestions. If you belong to an institution which subscribes to the ProQuest database, you’ll find that access still varies according to the newspaper subsets to which your school subscribes. For instance, my library subscribes only to the top level collection, which includes the Washington Post, Times of India, and the Atlanta Constitution, among others. I wish my school also subscribed to the Black Newspapers collection, which includes the Chicago Defender and Atlanta Daily World. All these papers would be very useful for a primary document investigation into US Civil Rights history. All the newspaper collections go back as far as possible (the Post and the Constitution start in the latter 19th century, while several of the black papers start in the 1930s) and all take readers into the 1980s or 1990s, depending on the source.

Since I specifically use the Atlanta Constitution and Washington Post pretty regularly, I can discuss how to use them. 20th century newspapers generally scan better than older newspapers, and thus OCR better. This means searches turn up more results. First I usually limit my search to a single newspaper at a time. Then I usually limit my searches to either a year, a few years, or a decade at a time, to limit the number of hits I get at a time.  Then, like other search engines, I alter the search terms to maximize the hits I get on the topic in which I am interested. For example, in researching Emmett Till, I’d first try his full name in year of his death. Then I might try just his last name by itself which would bring up hits on his mother as well. Similarly I might use “lynch*” as a search term. The asterisk is a wild card that will return hits on lynching as well as the word lynch. Repeat the process for subsequent years, or even for preceding years to see if something turns up. The searches can be tagged and emailed for later downloading, which is a very useful feature. Be careful about emailing searches to others. I sent a large search on “electri*” to a student working on electrification, and he tossed it because he did not recognize the sender.

Greetings from Early US History dot Net!! I hope you’ve enjoyed the website so far. In the near future I will write about how to use the Historic Newspaper sources I’ve identified. If you know of sources I should have on my site, please let me know and I’ll work on it. I have a few emails to respond to, and will do soon. Thanks for your continued interest.

I just completed a page of links to a complete set of Georgia Manuscript Censuses from 1820-1930. Also under census data, I have extracted Georgia county level data from tables the compendium of the census, from 1900 to 2010. In 19th century newspapers, look for links to complete series of Niles Weekly Register, Hunts Merchant Magazine, DeBow’s Review, American Farmer, and American Annual Register.

Finally, I am posting all my primary research on the life of Augustin Smith Clayton on the Clayton Documents page. Following the themed subpages, one could discover much about Cherokee Removal from Georgia, the Bank War from one of its front line soldiers, nullification from outside South Carolina, and the formation of the Whig Party. Plus there is a good deal of data on political and social history in Georgia in the Early Republic.